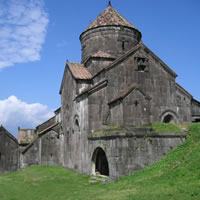 Travel writing can take us to some bizarre places.

I’m always on the lookout for extraordinary places to visit and write about.

Here are a few of the most unusual places I’ve covered, all in the name of travel writing.

Some of my most interesting and bizarre travel writing assignments covered weird and off-beat places and events. I’ve attended UFO Conferences; been to the ECETI ranch in Washington where they watch UFOs zip around the sky every night; watched aliens parade down the main street in the small country town of McMinnville, Oregon; and got really confused about my rapidly changing height at the fascinating Oregon Vortex House of Mystery at Gold Hill.

I’ve toured plenty of torture museums—seemingly dungeon in Europe has one! Every year, hundreds of thousands of morbidly curious tourists venture into gloomy, dimly lit basements and castles to see torture museums in the Netherlands, England, and Belgium. They come to learn about implements of torture used in Medieval Europe. The sadistic ingenuity of the human mind is shamefully reflected in these museums.

Scurrying through Paris’s underground labyrinth of catacombs, past enormous, macabre piles of grinning skulls and aged yellowed bones, is a truly eerie experience. Above ground in Paris, contrasting brightly with its subterranean necropolis, the Pere LaChaise Cemetery boasts some of Europe’s most impressive funerary sculptures. We spent a half day walking the streets of this peaceful city of the dead. And, London’s Highgate cemetery is one of England’s most absorbing Victorian Valhallas, where you can wander for hours, reading the headstones of its famous dead.

There’s nothing like strolling through the cloisters of atmospheric monasteries and abbeys to conjure up images of medieval monks, clad in rough brown sack cloth, devoutly chanting their vespers while slowly circling these open stone hallways. I’ve ambled through abbeys in Belgium, France, England, and several other European countries—much as the monks have done for centuries—trying to pick up the historic vibe of the place. Sometimes, I swear I’ve picked up traces of subdued chanting.

Watching thousands of men-at-arms clash violently with each other in the middle of wide, green grassy English fields is more than a surreal sight. Living history battle re-enactments are spectacular, horrific, and comedic, all at the same time. And the British do them better than anyone else! I’ve witnessed awesome battle scenes at the War & Peace Show, the Military Odyssey, the Tewkesbury Medieval Festival, and England’s Medieval Festival.

My military assignments have also taken me to twelve states in the U.S.A: Virginia, Arizona, Tennessee, Nebraska, Washington State, Oregon, New Mexico, California, Illinois, Texas, Florida, and Alaska. Writing about militaria has been, for me, the easiest genre to break into.

My military travel highlights include touring an underground Titan missile base located near Tucson, Arizona, from whence an enormous rocket would have issued to rain devastation down on several Soviet cities, during the cold war.

Not far away from the Titan missile base, just south of Tucson, I was toured around the 309th Aerospace Maintenance and Regeneration Group (AMARG) at Davis-Monthan Air Force Base, where I drove and Walked among 4,050 retired military aircraft, up close and personal. This once-in-a-lifetime experience is one I will long remember. My first thoughts, as I passed row upon row of white painted warbirds arranged in precise herringbone patterns on Arizona’s sun-bleached Sonora Desert, is that it’s like walking through a massive graveyard—so it’s no wonder this storage facility has acquired the nickname, “The Boneyard”.

Aged fighters, bombers, and support aircraft—many of them decades old—stand menacingly atop the packed gray dirt. Warm, gentle wind stirs flapping pieces of canvas, and whistles across loose antenna wires. Tufts of short, dried brown grass sprinkle the ground, and the occasional tumbleweed drifts past the silent behemoth aircraft. A long-eared jackrabbit springs off into the distance between the massive hulks of two B-52 Bombers, an absurd juxtaposition of nature and machines of war.

A week-long press trip through battlefields, museums, and monuments, in the Belgian Ardennes mountains was also one of my top military assignments. Only a 1.5-hour drive south of Brussels, the picturesque and busy little Belgian town of Bastogne (population 15,000) lies at the center of an open, rolling plain. Surrounded by the Birch, Beech, and Pine forested hills of the Ardennes Mountains, Bastogne sits on the major road junction in the region.

In this small village, U.S. military history was made when 743 officers and10,386 soldiers of the 101st Airborne Division, plus 276 officers and 3,781 soldiers of other units attached to the 101st at that time, held out against overwhelming odds from December 19 to December 26, 1944. In the U.S.A. The conflict was known as the Battle of the Bulge.

The Edinburgh Military Tattoo is a spectacular event that attracts huge crowds, set against the backdrop of ancient Edinburgh Castle. In the distance, behind the castle walls, I heard the sinister rattle of dozens of snare drums followed by the wail of a single bagpipe. Then, suddenly, 600 pipers fired up their instruments in a loud cacophony of noise that echoed across the esplanade. The excited crowd went completely silent. Moments later, the pipers and drummers emerged from the billowing clouds of smoke that shroud the castle entrance. They’re playing “Scotland the Brave” and there’s not a dry eye in the packed metal stands.

I’ve managed to find magazines that pay for articles about old fortresses. These assignments have led me to some historic Fortresses including the Germany’s Petersberg Fortress, Erfurt, Fortress Ehrenbreitstein, Koblenz, and the Spandau Citadel, Berlin. Other fortresses I’ve enjoyed were Fort Nelson, England, and Fort Monroe, Virginia.

As a travel writer, I’ve visited my share of strange places, and these are but a few.

Travel writers wanting to break into this field should consider seeking out some of the more unusual attractions because they’ll be easier to sell to magazine editors.

He operates a personalized coaching business for novice travel writers, and every one of his 60+ novice writers has been published in print or online media. Many have scored cool press trips using their assignments as collateral. (http://www.pitchtravelwrite.com/coaching-for-travel-writers.html)

What are some of the odd places that writing assignments have taken you?