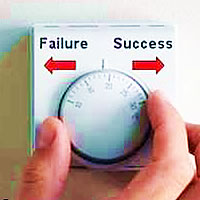 Wouldn’t it be great if we had the power of foresight? We could gaze into the future and learn from our mistakes.

Well, I may not have the superpower of foresight, but I’ve learned a lot—and gained a lot of valuable experience—in my ten years in the rough-and-tumble freelance travel writing game.

When I first started out, I simply would not have believed I’d have more than 1,000 published articles in my first nine years of travel writing.

Nor could I have got my head around the fact that my stories would be published in more than 200 different regional, national, and international magazines, specialty magazines, custom publications, newspapers, trade journals, in-flights, on-boards, and online travel magazines and blogs.

And no way would I have believed that I’d take more than 90 press trips, to the four corners of the globe, in my first nine years!

Well, that’s the good news! But, looking back, I certainly could have been more proactive with some of my freelance writing tasks. Here are five things I should have done much earlier, that would have moved me up the learning curve so much faster.

I could have been networking with other writers, meeting magazine editors, and learning more tricks of the trade, a lot earlier.

What! It took me two years to figure out that I could legitimately request assistance with travel expenses from Destination Marketing Organizations (DMOs)? Talk about a slow learner!

DMO media reps are paid to help arrange hotels, meals, ground transportation, guides, complimentary entry to tourist attractions, interviews, and pretty much anything else that travel writers ask for. It’s their job! As Saint Mathew says, “Ask, and it shall be given you!” I could have saved a lot of money by requesting travel assistance from the DMO media reps.

And while I’m talking about complimentary travel, I should have applied for more of those fun press trips, a lot earlier!

It took me several years to break into luxury travel writing. If I had focused more on luxury travel stories and luxury magazines in your first few years, I would have been scoring those plush luxury fam tours way earlier.

I could have experienced the joys of staying in deluxe exotic resorts and castles and lodges and manors, and suffering through ridiculous foo foo spa treatments, much earlier.

I could have been strolling along pristine sandy beaches, sampling over-the-top cuisine, and taking cool helicopter rides in my first couple of years. I could have been lounging in long, black limousines and had personal tour guides, and other such pampering within my first few years.

Bought a DSLR Camera Much Sooner

I should have purchased a quality DSLR camera in my first year, once it became obvious that you could sell freelance articles practically at will. Why the long delay? My “aha, I need to upgrade my camera” moment only came in my fifth year. I was standing on the deck of an Alaska Marine Highway ship watching everyone around me—from little kids to grandmas—snapping happily away with their DSLRs, while I was dinking around with a cheap point-and-shoot. Man up! Get a decent DSLR (or mirrorless) camera with good lenses.

And, I remember sending my photos as email attachments? That didn’t work out so well either, did it? My emails kept bouncing back because they couldn’t send all those megabyte-heavy photos. Then I had to send an endless stream of smaller emails with photo attachments. What a pain!

I also tried using that unwieldy Dropbox thingy. Too easy to screw it up.

I could have circumvented all those cumbersome photo transmission modes by using Smugmug! For only $60/year! I love smugmug! It’s been working for me for years now, and has been hassle free.

If I had done these five things earlier in my travel writing career, I would have been lounging round luxury resorts, getting more comped travel, accommodations, and meals much speedier than I did.

I would have networked with other travel writers and picked their brains for hands-on information much earlier, and I could have been schmoozing with $1/word magazine editors earlier in the game.

And I would have saved myself considerable time and aggravation if I’d been using smugmug to transmit my photo galleries to editors, right from the start.

He operates a personalized coaching business for novice travel writers, and every one of his 60+ novice writers has been published in print or online media. Many have scored cool press trips using their assignments as collateral. (http://www.pitchtravelwrite.com/coaching-for-travel-writers.html)

About Roy Stevenson 42 Articles
Freelance travel writer Roy Stevenson has had more than 1,000 articles published in 200+ regional, national, and international magazines, newspapers, trade journals, custom publications, specialty magazines, in-flights, on-boards, and online travel magazines. He's considered one of the most prolific travel writers in the U.S.A.His free weekly newsletter for aspiring travel writers is considered one of the most informative e-zines in the travel writing business. (Subscribe here: http://www.pitchtravelwrite.com/pitchtravelwrite-ezine.html) Roy has published seven eBooks on selling and marketing freelance travel articles. (http://www.pitchtravelwrite.com/digital-downloads.html) You can read Roy's full bio and see some samples of his work at his writer's website, www.Roy-Stevenson.com
Website Facebook