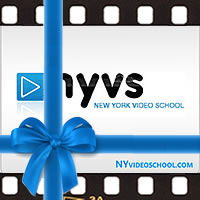 I’m thrilled to announce the winner of the free 12-month subscription to the New York Video School that we just gave away here at Travel Writers Exchange.

Chosen with help from my wonderful Twitter followers, the winner is none other than Melvin Boecher from TravelDudes – Congratulations Melvin!

I’ve invited Melvin to write a review of the New York Video School after he’s had a chance to try it out, to be published here at Travel Writers Exchange, so stay tuned for that, and there’s a chance he may tweet about some of the cool videos he’ll be producing, so you may want to follow Melvin on Twitter as well (if you’re not already that is).

In the past 24 hours I’ve gotten so many emails, tweets, and DMs – all asking how I picked the winner, many asking what was up yesterday with getting random letters from my Twitter followers – that I decided to write this post explaining my somewhat unusual method for randomly and fairly choosing a winner from all of our subscribers.

With the first couple of giveaways we did, I put all of the entrants into a spreadsheet, one column and as many rows as there were entrants. I have a method for randomizing a list of names in a spreadsheet that involves several columns of numbers that, after a sorting a few times, mixes up the names so that there is no logical order. Then I used Random.org to generate a random number between 1 and the total number of entrants, and the row that corresponded to that number was the winner.

WIth this New York Video School giveaway, I really wanted to involve our community in helping to choose the winner, so I came up with a method I call “Spreadsheet Bingo” (which, although not at all related to the actual game of Bingo, was the closest recognizable game name I could find to describe it).

Using this new method I put all of the entrants into a spreadsheet, randomized the order, and then distributed the names across multiple columns, making sure that I had an equal number of names in every column. Then I asked my Twitter followers to offer random letters, using those letters tweeted to eliminate the corresponding columns, until I had 1 column left. THEN I used Random.org to choose a number and the person who’s name was in that corresponding row was the winner – in this case, Melvin!

So there you have it. Congrats again to Melvin – I hope you enjoy learning how the professionals produce video for the web!

How do you handle choosing prize winners? Share your advice!