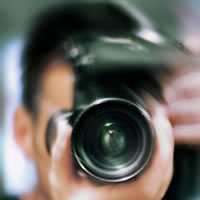 Editor’s Note: Readers please be SURE to read the comment below from Dan Heller, the photographer whose articles I cited, for some important input that clarifies my point – in retrospect, I should have asked Dan to write this article – live and learn, yes?

Recently I was chatting via email with Stephany Wiestling, founder & editor of BestKidFriendlyTravel.com, and in one of our back-and-forth missives she mentioned that she had brought her 5 year old son on a Press Trip (entirely appropriate, since it was to review a kid-friendly resort, and he had been invited also), and that all of the other travel writers & bloggers took pictures of her son enjoying the resort.

Her question to me was: should she have asked that they mention (and link to) her website in exchange for using photos of her son in their articles?

I told her that in my opinion I felt it was a very reasonable request, and that I couldn’t imagine any of the other writers would object.

BUT this also brought up a very important point.

In years past, travel writers sent on assignment by magazines were often accompanied by a professional photographer, but these days few publications have the resources or budget to continue this practice.

Instead many travel writers and bloggers are also doubling as travel photographers, submitting their own photos with stories to publishers, or simply posting them along with their article to their own travel blog (or other people’s travel blog).

This is fine until you use a travel photo that features a person or people (specifically, someone OTHER than yourself or an immediate family member). In this situation there is a possibility – albeit a small one – that you could run into trouble if you don’t have a signed models release from everyone in the photos.

A models release is a legal document that typically assign’s all rights to a photo to a person or entity, usually the photographer, who can then further assign those rights if the photo is subsequently sold to a publication. I say “typically” because there is no single standard form used to cover all situations and uses, and there are different forms needed for adults vs. minors.

A models release is not required by any law, but most reputable publishers will not print a photo that has a person/people in it without one, because they could be exposing themselves to a potential lawsuit if the person(s) in the photo objected.

Whether or not you need a signed models release depends upon how you (or the publication) “use” the photo, and the definition for that use can be pretty confusing. It has to do with whether the person(s) in the photo could be interpreted as promoting something in the accompanying article. “Promoting” is a loosly defined term that could mean anything from selling to endorsing, and could apply to an endorsement of a destination.

The best discussion I’ve seen online about this subject is the “Model Release Primer” written by photographer Dan Heller, but be prepared to spend some time reading – it’s long and can get a little confusing in the middle, but wraps things up nicely at the end. He has a companion article titled simply “Model Releases” that is also worth the time to read.

Another good simple explanation can be found at the American Society of Media Photographers website, “Property and Model Releases“, and of course WikiPedia’s article on Model Releases is worth reading as well.

Many people will tell you that a models release is not legally required to take a photo or to sell one, and they’re technically correct. However, having one WILL make it easier for you to sell or submit a photo since you’ll be making it easier for the person/publicaton that will actually use the photo.

The bottom line is to be aware that you may run into this requirement at some point in your travel writing career, so having a few blank forms with you when you travel just may come in handy. At the very least, be SURE that you get the name and address for anyone whose photo you snap, so that a release can later be obtained if it’s determined that one is needed.

Do you take photos of people on your trips? Do you get a models release?