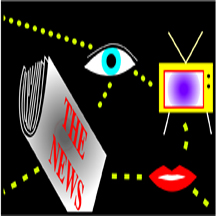 I found this article on Brave New Traveler, “Terrorist Threat: Has London Become Hostile to Tourists?”, about a new law banning photographs that include any police officer (or anyone involved in the protection of Her Majesty’s subjects) in the photo. Say it isn’t so! I can’t imagine London, England being like this. Their “Bobbies” (as the police in the UK are called) are world-famous for their elegant uniforms and demeanour, and have long been a favorite photo subject of tourists from all parts of the world.

The point of bringing this new law in London to your attention is this – it is up to you, as a travel writer and tourist, to be aware of the laws of any country you choose to visit.

Fact
The truth is when you visit another country, you do not have the same rights and protections that you have when at home. You’re on their territory, and are subject to their laws. Ignorance of the laws is never acceptable and won’t get you any breaks, but more importantly, you may be facing some very severe punishment and have little or no legal representation or recourse.

Before you visit a country, do some research and get the facts. If you visit a country where photographs are forbidden, you may think twice about visiting the country. Then again, you can always find photos on the internet or on stock photography CDs. A good starting point is the US Department of State’s website, but be sure to also research using the consular and tourism websites for the country you plan to visit.

Case in point – if you visit Israel and want to ride a bike, you must have a license to do so. Some people may view this as being too strict, but the fact of the matter is that it’s their law. You can either abide by it or face the consequences.

The same advice goes for the customs of wherever you’re visiting — every culture has different beliefs and practices for what is considered acceptable behavior and dress, and you don’t want to offend the people of your host country. For example, if you’re an American woman visiting the Middle East, it’s best to follow their custom and cover yourself up. If you don’t, you could face criticism and possibly even risk getting arrested.

If you can find and hire a local guide this can make your traveling more pleasurable. Not only will you have a native showing you around, you can avoid “snafus” while you travel. Although it can be expensive to hire a guide, it’s often be well worth the expense.

National Geographic’s “Locked Up Abroad” takes a look at foreign tourists that get themselves into trouble. Of course, some of them committed highly prosecutable crimes, such as smuggling contraband items.

Final thoughts
When you travel, show respect for the culture and customs of your destination. They may be different from yours, but they have every right to them. Besides, isn’t the point of travel to learn and grow — to have a multitude of experiences? This world would be boring if we were all the same.

Stay tuned — in a followup post, we’ll take a look at the how some cities and countries are “breeding paranoia” by their response to potential threats, and how it’s effecting their citizens as well as their tourism trade.

Have you ever had a “run-in” with the laws of another country? What happened? How did you handle it?