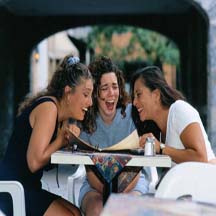 In Part One we discussed how a travel writer can network and some of the networking options available. Here we’ll review the positives and negatives of networking and improving your networking skills. Hang in there because as a travel writer you’ll connect with other travel writers, editors, publishers and general writers. Networking will pay off in more ways than one!

Some people make a big deal out of networking. The major obstacle a travel writer may have with networking is if he or she is uncomfortable speaking with strangers. If you’re very shy, or frightened of public speaking, you may have difficulty with networking. If meeting people face to face is hard for you, you may want to do most of your networking online, but it’s important to overcome your fears and get out there – you’ll be missing many opportunities by not attending local events and meeting people. Come up with a few questions that you can ask anyone, because most people love to talk about themselves, and the more you get out there, the easier it will get. Remember, everyone at these networking events is there for the same reason you are, and some of them may be just as uncomfortable. Try to gravitate to those people who seem awkwardly out of place, and make it your goal to help them feel more comfortable – before you know it you’ll be a pro at networking!

The Positives of Networking

The Negatives of Networking

Don’t let the “negatives” of networking scare you. It does take time, but it’s time well spent. And over time you’ll learn what works for you, but the key is to be open to all networking opportunities. Whatever you invest in time or money can payoff handsomely when you find a great writing job or free trip though a new contact!

How to improve your networking skills

Hopefully you’ll get out there and begin to network. As a travel writer, you can never have too many contacts. It’s great to meet new people and share information. Good luck with networking and travel writing!

What types of networking works for you?