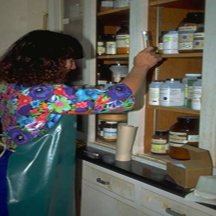 A travel writer playing golf on a Jack Nicklaus signature golf course in Cabo was struck by lightening. From a physical standpoint, she was all right. Her mind was another thing. Apparently, her mind became sharper than ever. She would soon find herself on the road to greatness!

The travel writer suffered from horrible writer’s block. She used all of the known methods to cure writer’s block such as listening to music, going for a walk, meditation and yoga, and some other methods. No matter what she did her writer’s block would not subside. She lived with writer’s block for quite some time which is why she gave herself a vacation.

While playing a fantastic round of golf in Cabo, the travel writer noticed the sky turning a wicked shade of gray. She was close to finishing her game and was not ready to call it a day. As luck would have it, the skies opened up and a torrential downpour came upon her. The thunder echoed and the wind whipped around her in a violent manner.

She started to run for cover when lightening struck her down like a rag doll! When she woke up, her mind raced and filled with many ideas. “My God,” she thought to herself, “my writer’s block is gone.” She quickly took out her pen and small notebook and began to list her ideas. As she was writing, an antidote for writer’s block entered her mind. She brushed herself off, got to her hotel, turned on the laptop, and began to write a brilliant piece on writer’s block. The travel writer’s piece was featured in National Geographic. She now lives in Cabo.

Travel writers, do you know that eating certain foods will keep your brain fit? Eating the right foods will enhance your brain power. Unfortunately, junk food and high fat foods are not on the list. It’s a misunderstanding that “energy drinks” are actually good for you. They boost your sugar level which is why so many people crash after drinking one!

Finally, remember, the foods you put into your body will affect your brain. Many travel writers often grab sugary foods to keep the writing momentum going. Fifteen minutes later, they are sleeping on their on the laptop and wake up feeling like they went 10 rounds with a heavy-weight champion! This is not the way for a travel writer to live.

Travel writers, your mind and body needs energy. Feed it properly so you’ll be fit to travel and write about it. Most people who eat a low-carb diet feel tired and sluggish. When you travel, you need to keep your energy level high which can be done by eating well-balanced meals — taste the local cuisine, you may discover super foods to crush your writer’s block once and for all!

What do you do to overcome writer’s block? Let us know what works for you…Thanks!