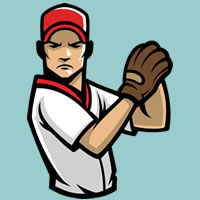 Most successful travel writers sell 25% – 40% of the stories they pitch.

Why is my success rate so high?

One of the reasons I sell so many travel articles is because I go with best bets.

I prefer to write about destinations that are well received and safe—like Germany, for example. It’s just been ranked first in the Anholt-Gfk Nation Brands Index (NBI), which rates the brand image of 50 nations worldwide.

And, conversely, I ignore places that tourists shy away from because of recent natural disasters or that are geopolitical hot spots. I don’t care how nice the people are at a destination, or how stunning their attractions; if the place is undergoing political turmoil, or a rampant epidemic, or an active volcano, it’s difficult for us to sell stories about it.

A travel writer needs to temper enthusiasm with some business sense.

Now, this might all seem like common sense, but some travel writers let their “emotional resonance” with a place override their common sense. They love a place so much they just want to tell everyone about it. This response is natural enough. But, as a travel writer you need to temper your enthusiasm with some business sense to make your decision. What’s the point of pitching a destination story that is not likely to sell?

Tourists and travel magazine editors are, understandably, a fickle lot. Tourists don’t want to spend their annual two-week vacation and their hard-earned money visiting a place that has just been devastated by an earthquake or a landslide or a tsunami, for example.

But, tourism dropped to about 25% of normal levels because tourists changed their minds. They didn’t want to be in a place that could have a cloud of volcanic ash hovering over it, or get stuck there if the airport was closed down.

Then there are places where violence has taken place. I’m willing to bet that tourism in beautiful Charlottesville, Virginia, has taken a pummeling since the riots and the disturbing murder of a peaceful protestor there in August, 2017. I was there on a press trip a few years before this sad incident, and loved this immaculate little town and its historic presidential homes—but now it has an unpleasant aura hanging over it.

Here’s another example of a hard-to-sell travel story: Two years ago I declined an enticing 5-day boat cruise press trip around Myanmar’s beautiful and remote Mergui Islands. Editors aren’t interested in publishing stories about a country where minority people (in this case, the Rohingya) were being persecuted. It doesn’t matter that the islands I was going to visit were at the other end of the country. The whole country seemed tainted.

And, who really wants to visit Brazil or Nicaragua right now? There are no guarantees that things have settled down in either of those countries and we don’t want to risk being caught in the middle of political riots or an out-of-control pandemic.

Once a place becomes tainted by natural or man-made disasters it’s very difficult to lure tourists back. And it generally takes a long time. It’s difficult to sell travel stories about these places to magazine editors, no matter how much you personally love the place.

Conversely, places that handle themselves well in crises, such as New Zealand, receive boatloads of tourists because they are perceived as “safe.”

Vacations are supposed to be “feel good” experiences that liberate us from the drudgery of our 9-to-5 existence. Travel magazine editors are well aware of this and they won’t buy stories about places facing any kind of strife. They want to keep us in a happy place when we read their stories.

Save yourself time when you’re dreaming up new travel story ideas by using my screening checklist. It examines the feasibility of your story ideas. I call it the “Nine Questions Test”.