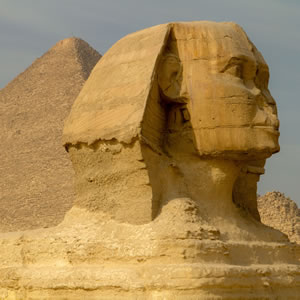 I never get tired of visiting these destinations and writing about them. I find it easy to vividly imagine what happened there.

I’ve clambered through crumbling ancient ruins, majestic and drafty castles, atmospheric abbeys and monasteries and chapels, and formidable forts and fortresses. I’ve toured beautifully preserved medieval cities like Prague and Bruges and Paris and Edinburgh. I’ve even visited a restored Viking Centre in York, England, and merchant’s guild houses in Belgium and England.

I’ve never had any problem selling historic destination articles to print magazines and the occasional website.

In the subterranean world, I’ve crept through underground labyrinths in Wales, catacombs in Paris, smuggler’s caves in Hastings, England, and gold mines in Wales, New Zealand, Alaska, and Arizona. In an underground bunker near Tucson, Arizona, I’ve even pushed the button to release an enormous Titan missile to start World War III. (Fortunately, the missile in question had long since been disarmed!)

Then there are the downright weird places I’ve been to on assignments. These fantastic destinations include a UFO festival, a Victorian operating theatre in London where Florence Nightingale worked, a vast aircraft storage “boneyard” in Arizona, and plenty of atmospheric cemeteries.

All these places and events were steeped in history. They’ve all preserved their history superbly, whether through static museums displays or via realistic and energetic battle re-enactments.

You Can Write Historical Travel Articles & Get Paid For Them

One thing’s for sure; my history travel articles sell well. I’ve never had any problem selling them to print magazines, plus the occasional website.

There’s an abundance of history and travel periodicals on the magazine racks—literally hundreds of magazines that want to buy your historic destination pieces.

I do not exaggerate this figure. On a recent trip to a Seattle Barnes & Noble bookstore, Linda and I pulled 53 history magazines off the magazine rack to photograph their covers! And I have no doubt that I could easily track down another 50 history magazines from other sources like Writer’s Market, the Internet, and our local library.

While I’ve sold dozens of stories about historical places, it seems that few other travel writers have figured out that they’re easy sales. Many travel writers don’t seem to get past pitching mundane, dime-a-dozen stories about their Weekend In the Bahamas or Top Ten Lists of Things to Do in Iceland.