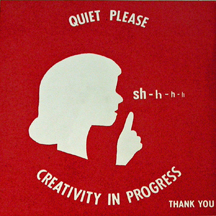 They don’t paint a colorful picture of the destination, its people, or their culture. They don’t tell a story. They don’t “show” us the place. Instead, they read like they’ve been cut-and-pasted from a tourist agency website or from Wikipedia.

Personally, I’d rather read about two or three destinations in more depth, than read a scantily written bucket list of five or ten attractions at a place.

You’ll notice that quality print travel magazines don’t publish listicles. Their editors expect something more interesting and appealing to entertain their readers. If you want to sell your stories to print media—and get paid for them—you’re expected to show imagination with your story ideas.

Equally important, you need to be creative with where you place your travel stories.

Here’s the deal: You don’t have to restrict pitching your travel stories solely to travel magazines. There’s a whole universe of genre magazines out there just waiting for you to send them travel story queries.

It’s easy to track down non-travel magazines to sell your unique travel story ideas. And many of them pay well!

I’ve literally sold hundreds of travel stories using this simple formula. For example, I’ve sold a piece about a UFO street festival and parade in McMinnville, Oregon, to a UFO magazine. And I sold a story about the famous aircraft “boneyard” near Tucson, Arizona, to an aviation history magazine. Both magazines paid tidy sums for my work.

I’ve sold a story about touring the London BBC studios to two ham radio magazines, and a piece about a Balinese healing retreat that serves raw vegan food to a vegan health & fitness magazine.

I’ve sold dozens of stories about ghost towns and gold mining towns to a gold prospecting and metal detecting magazine. I’ve sold stories about renaissance living history festivals to a magazine about all things medieval.

I’ve sold twenty classic car museum stories to an automobile magazine for $1200 apiece. (Do the math!)

You can look at my writer’s website (www.roy-stevenson.com) for more examples where I’ve merged unconventional travel story ideas with off-beat magazines.

If you’re having problems getting your stories published, I urge you be more imaginative. Reassess your approach to dreaming up story ideas. And hunt down alternate print outlets to sell them.

It’s time to get creative with your travel writing!

Here are seven techniques to help you generate story ideas so that you can sell your travel stories to specialty magazines:
https://www.pitchtravelwrite.com/specialty-magazines.html