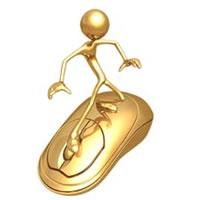 In my third year of freelancing, I attended a Pacific Northwest travel writing conference.

A discovery I made there rocked my world. It had a profound effect on my freelance writing career. And it would ultimately help thousands of other travel writers get their stories published.

My “lightbulb” moment happened while I was listening to a veteran travel writer speaking on a panel. She was proudly boasting that over her 20 year freelance writing career her work had been published in more than 100 magazines.

I thought to myself, “What’s the big deal about that? It only took me 25 months to get published in 100 magazines.” When I shared this thought with the five other writers at my table, one of the guys said, “B——t!” The rest of them stared at me like I was from Mars. None of them believed me.

So I opened my computer and showed them my long list of published articles and bylines. Their jaws collectively dropped. Up until then, I’d thought that most other writers were selling two, three, four, or even five articles every week like me.

Don’t be afraid to experiment with sales and marketing ideas, there’s more than one way to succeed at travel writing.

Then everyone started asking me how I’d managed to get published so much. And it occurred to me for the first time that what I was doing was quite noteworthy. Apparently, I was crushing it!

For my first couple of years in travel writing, I had been blithely forging ahead, pitching and writing several articles each week for print magazines. Because I was not yet mixing in travel writing circles at conferences or going on press trips, I had no basis for comparison about whether I was being successful or not.

My second “aha” moment was when I purchased a self-published book about breaking into travel writing. The author, a successful travel writer, who had been writing for one year longer than me, had 78 magazine bylines to her name. At that time, I had achieved 650 bylines.

Download now:
The Complete Guide to Marketing and Selling Your Travel Articles

She had accumulated only 12% of the total published articles I had, yet she was considered successful enough to author a book about the art and craft of travel writing.

That tipped me off — again — that I was doing something right.

With these events, and a few others, I soon realized I’d evolved a sales & marketing system that worked better than any of the veteran writers I’d been mixing with.

What was I doing to outperform other seasoned travel writers?

I’d taken a whole bunch of traditional sales techniques and reworked them into a logical sequence that made sense to me. I’d experimented with all sorts of creative pitching and marketing tricks that most writers had either ignored or been unaware of.

As word of my prolific bylines spread, veteran freelancers started approaching me at conferences. They picked my brain on how I’d managed to sell so many articles. A few even visited me at my home office in Seattle.

I went on to write and sell ten books, reference guides, and manuals about breaking into freelance travel writing. I was invited to speak at travel writing conferences. My pitching and querying secrets were published in writing magazine and websites. I got invited on glamorous press trips around the U.S.A, and even overseas.

Here’s the moral of my story; never be afraid to experiment with sales and marketing ideas. Don’t believe that there’s only one way to succeed in freelance travel writing. While you’re learning and developing your own sales and marketing strategies, imitate and learn from what other successful travel writers are doing.

Tweak the traditional sales techniques and other people’s systems. Evolve a freelance sales and marketing system of your own that works consistently for you.