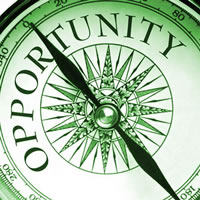 Dating from 2011, I had a productive relationship with Lost Treasure magazine—22 published travel articles.

A few were cover stories. I plied this magazine with pitches, meeting with a 100% acceptance rate.

Lost Treasure focused on helping treasure hunters look for any form of lost treasure. It was all about using metal detectors to hunt for artifacts and coins on beaches and in ghost towns; finding legendary lost gold caches; exploring gold and silver and copper mines; and gold prospecting in rivers. It even featured stories about ancient Spanish sunken treasure ships off the coast of Florida.

After I had a few articles published in Lost Treasure, it became one of my “regulars” and I leveraged my excellent working relationship with the editor to the max.

I use these magazine assignments to land some world-class press trips and Fam tours, so they were gold mines for me. My travel pieces described what happened in historic gold mining towns and what there is to see and do today in them.

I was taught how to pan for gold nuggets by white-bearded living history reenactors dressed in 1850s outfits. I watched a reality TV show for the Gold Rush: Alaska series being filmed, while 17-year old Parker Schnabel was coached by his grandfather, John, on how to extract gold from a strip mine.

I’ve stood in many an icy Alaskan mountain stream, surrounded by magnificent forests, panning or sluicing for gold – having the time of my life!

My overseas Lost Treasure assignments took me to Arrowtown, New Zealand, and on a personal guided tour of a fascinating 2,000-year-old Roman gold mine in the middle of the green Welsh countryside. Yes, that Wales!

These Lost Treasure gigs helped me hone my writing skills. They built my bylines and helped me gain confidence as a freelance writer. And, above all, they were great fun! They took me to places I would never have visited otherwise, and the travel was free.

Seven of the writers I’ve worked with and coached have also cut their freelance writing teeth with articles published in Lost Treasure magazine. The editor didn’t mind working with rookie writers. Some of their stories were cover features! For one three month stretch, two of my writers and I provided the cover stories. The beginner writers, too, gained confidence and scored some neat press trips with their Lost Treasure assignments—and made some cash while they were at it.

Sadly, this popular magazine closed its doors in December 2018.

Magazines come and go. Make the most of magazines you’ve broken into while they last. Learn from the changes the editors make to your stories. Hit your editors with a constant stream of queries. Tickle your favorite editors for extra assignments. Use your assignments to land press trips to new places. Your “regular” magazines may not be around forever.

About Roy Stevenson 49 Articles
Freelance travel writer Roy Stevenson has had more than 1,000 articles published in 200+ regional, national, and international magazines, newspapers, trade journals, custom publications, specialty magazines, in-flights, on-boards, and online travel magazines. He's considered one of the most prolific travel writers in the U.S.A. His free weekly newsletter for aspiring travel writers is considered one of the most informative e-zines in the travel writing business. (Subscribe here: http://www.pitchtravelwrite.com/pitchtravelwrite-ezine.html) Roy has published seven eBooks on selling and marketing freelance travel articles. (http://www.pitchtravelwrite.com/digital-downloads.html) You can read Roy's full bio and see some samples of his work at his writer's website, www.Roy-Stevenson.com
Website Facebook