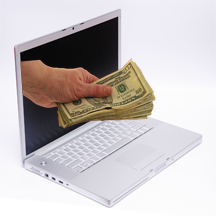 Travel writing has never been a lucrative business. The glamorous view which people had of the profession ensured that there were always more people who wanted to do it than there were jobs available. Nonetheless, it was possible several decades ago to make a decent living as a travel writer. Publications paid reasonably well, ($1 per word was normal) and there were ample publications out there you could write for.

That all changed in about 2008 when the recession hit. Publications started losing revenue and it began a slide which hasn’t really stopped since. Since 2008 there has been a steady decline in advertising revenue which has lead to cutbacks at every publication and has caused some to close shop. There are now fewer than 10 full-time travel editors at newspapers in the United States, and that number will probably be less by the end of the year.

The big 3 travel magazines (Conde Nast Traveler, National Geographic Traveler, and Travel+Leisure) are all significantly smaller in terms of pages than they were a decade ago. National Geographic Traveler has cut back from 12 issues per year to only 6. Conde Nast Traveler has combined offices with their UK edition to save money. Lonely Planet was sold, and sold again, each time for a price lower than the sale before….and it is up for sale once more.

In light of all this bad news, it might seem odd to say that now is the golden age of travel writing.

Travel bloggers, the people who were looked down on for so many years, are now the highest earning professionals in the world of travel writing

After every forest fire, there is new growth on the forest floor. The $100 million dollar travel publishing empires will be no more, but in its wake is coming something which is far better for the travel writers who make the effort to change and adapt.

Freelance writing has always been the economic equivalent of sharecropping. You do the work, but someone else owns the land and makes all the money. As an exercise, go through how much the content in a travel magazine cost at its peak.

There might be around 60,000 words in an issue of a magazine, which is a liberal estimate. Let’s assume they paid $1 per word. Actually, let’s double that just to be safe, even though it isn’t realistic. Let’s double that again to include the cost of photography. That would be $240,000 per issue for all of the text and photography in a single issue of a travel magazine. For 12 issues, that works out to a bit under $3,000,000 per year for all of the actual content which makes up the magazine.

To be sure there are many other expenses which go into publishing a magazine. There is a sales team, editors, layout and design, printing, paper, and shipping. In the final tally, however, a publication with $100 million dollars in annual revenue (or more), is only spending in the low single digits for the actual content which makes up the publication.

Everything else is going to staff, office space, and expenses which are not writers and photographers.

Fast forward to the world wide web and publishers start seeing their circulation and advertising revenue decline. They lament the loss of analog dollars turning into digital dimes, and do everything they can to hold on to their business model for as long as possible.

The publishers had a valid point, but they missed the big picture. Analog dollars were in fact turning into digital dimes.

However, the Internet was never about making money. The internet was all about reducing costs.

What they missed is that even if revenue was going from dollars to dimes, on the cost side of the equation, expenses were going from dollars to pennies. The cost printing and distributing a single copy of a magazine can range from $2 to $0.50 depending on the quality of the paper, printing, and the size of the circulation. That means you are looking at tens of thousands of dollars to hundreds of thousands or millions of dollars per issue, depending on the circulation. You can expect to pay about $100,000 at least in printing, paper, and postage to reach an audience of 100,000.

Online, however, you can reach 100,000 people for about $100 (and less than that depending on your web hosting plan).

The difference in costs are several orders of magnitude greater than the differences in revenue. Moreover, to publish online you do not need full-time staff dedicated to layout and design for every single issue which reduces the cost further.

Even though there might be less revenue online, 100% of the money can go directly to the content creators, as opposed to 2-5% of money going to content creators in print.

After a decade of figuring out business models, I’m shocked at just how many people are now making a career as independent travel publishers. Every conference I attend, the number keeps getting larger, and the amounts people are making keeps growing.

Travel bloggers, the people who were looked down on for so many years, are now the highest earning professionals in the world of travel writing…..and it isn’t even close.

Where many freelancers are having to struggle and hustle to get a series of $300 stories, many travel bloggers are now making more than that per day off display advertising and affiliate income on their websites, and they don’t have to do a thing to keep the money coming in.

After preaching the gospel of independent publishing for over a decade, I’ve found that my warnings have mostly fallen on deaf ears. Many freelancers refuse to start a website because they see it as being beneath them. They simply want the respect that writing for a well known publication will give them, even if it means earning less money. Most simple don’t want to put in the effort to make a transition to something new and different.

A few, however, have made the transition and they are starting to see the results. They took the time to learn how to start a travel blog, and have put in the time and effort to make it happen. The rewards might be scant when you start, but over the long run, your website turns into an annuity which keeps paying out even when you aren’t actively working on it.

The successful online travel publications are adopting a business model totally different from what worked in era of big print publications. They have little or no office space. They hired support staff on task basis, not on a full-time basis. They keep their costs as low as possible to maximize their returns.

I’ve had many freelancers tell me that the market is saturated, but that isn’t necessarily true. There are a lot of websites, but there are also a lot of bad websites who are not making a living at travel publishing. There is always room for good writers and good publishers. There are websites I know of that are less than 3 years old which are making thousands of dollars per month.

The time to start your own website is NOW.

Gary Arndt is the man behind one of the world's most popular, independent travel blogs, Everything-Everywhere.com.

He has been traveling non-stop since March, 2007 and has visited over 60 countries and territories.

In addition to posting regularly to his travel blog, Gary co-hosts the popular weekly podcast "This Week in Travel", where he offers his opinions on what's going on in the travel industry, travel technology, and the world of travel blogging.