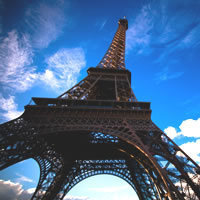 As an international travel writer, I’m routinely asked these same three questions from people I meet:

For this post, I am skipping the first two and just zooming in on #3—which is usually the one people are most eager to know about. I have a simple answer to it:

Spend some time living abroad, in a completely different culture, and take notes.

I believe this is important for all travel writers interested in writing about foreign countries. By living in a different country, you learn how to have perspective about your own and you learn how to observe and accept how other people live. These are critical skills for effective travel writing. And the more entrenched you can get in another culture, the better.

For an article I just posted on our site, Brave New World: Study Abroad Today, I interviewed several students who were studying abroad or had studied abroad. The focus of the piece was how more and more students are going further afield to study, in cultures dramatically different from their own. The students are also choosing to immerse themselves in the local communities more, often living with families and attending schools without fellow American classmates.

Before I had spent even five minutes talking to each one of these students, I could see how global their frame of reference was. Each one had an open mind that only comes from being a stranger in a strange land.

None of them were planning to be travel writers. Instead, they were pursuing emerging professions that weren’t even around when I was in college including environmental policy; global health and human rights; and peace, security and conflict issues. But each one was already a travel writer. One beautifully told me her stories in e-mails. Another directed me to her travel blog which she said was for family and friends, and another writes travel press releases for her job in New York City.

When I was in college, I studied in Greece for a year. I wrote daily, sometimes in my journal, often letters to family back home. I was a Greek Classics major—possibly going to be an archaeologist. But I realized what I wanted to do was exactly what I was doing—traveling the world and writing about it.

Have you spent significant time abroad? How has it enriched your travel writing?