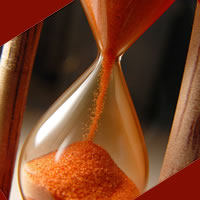 Some people realize very early in life what they want to do when they grow up. Some people figure it out later on.

However, a few people, like myself, stumble across their destiny quite by chance.

I am not young. I am not rich. I wasn’t born under a lucky star. I don’t have connections.

I am, however, fortunate to have something to write about that is important to me. I have become an expert in an unusual style of travel that eventually qualified me to write about what I do.

What do I do? Well, I am an international house sitter.

I think my experiences in life do add some weight to my writing.

I can make a pretty good assumption that as soon as you read the previous sentence that you felt at the very least a twinge of curiosity if not a great urge to ask the next question….

What does a person need to do to become an international house sitter?

In my case, I retired about ten years earlier that many of my peers. I was a teacher and eventually a principal of a large elementary school in the state of Maine for about 28 years. When my youngest graduated from college, my thoughts started to turn toward the question of what to with the next phase of my life. I began to think quite seriously about my options.

I had always known that I wanted to travel. I wasn’t all that interested in being a tourist, however. I wanted, instead, to experience life abroad in a much different manner. I wanted a more intimate connection with smaller regions and communities. I also wasn’t interested in becoming an expatriate, although I have gone on to discover some very special areas of the world where I could easily live on a permanent basis. Yet, at the time, I just wanted to wander.

The whole concept for the next phase of my life was based on two simple little factors.

Thus, my house-sitting business was formed. Lean On Me International House Sitting became a reality. My adventures abroad began. I went on to live for up to 90 days at a time in Mexico, England, Spain, the isle of Saba in the Dutch Antilles, Ireland, the gorgeous city of Prague, and more. I even took care of a 57-foot boat in Baja California.

Soon, I discovered something quite gratifying. People were dying to know how I was doing what I was doing. Whether I was in an airport, bar, street café, or even back home among my friends, whenever anyone asked what I did for a living and I told them I was an international house sitter, I could count on two reactions. First, there would be utter awe followed by genuine curiosity. I would always tell my story to an admiring audience. After telling my story over and over, all over the world, a little light went off in my head. This is a GREAT story. It has universal appeal. I have an enraptured listening audience. Why not see if I can capture a reading audience as well? Why not!

I had fancied myself a writer since I was a child, so attempting to record a written version of why and how I do what I do was a happy task for me. I wrote Finding the Gypsy in Me – Tales of an International House Sitter over the course of a year. It is a mixture of inspiration and practical advice. My little ebook has gone on, without much formal marketing, to produce a surprising number of sales within a three-month period. I soon realized that I needed to have the paperback version available as well. It will be available by December 16, 2011 on Amazon.

The story does not end there, however. I have been received with open arms as a guest writer on numerous travel sites that have a large number of subscribers. My growing list of articles that I have written truly do surprise and delight me. In addition, I received an offer to do some writing for a new web site that will soon be launched. The income generated from this Caribbean Hotel site was totally unexpected. I never imagined that I would make real money from travel writing, but here I am, suddenly, trying to manage an active schedule. Am I still retired?

Why do I think this is all possible for me? I think that there are a number of reasons that my emergence as a travel writer has been possible, even though I am now almost 61 years old.

First, and I think most importantly, I can draw upon my expert knowledge as I tackle various travel topics. That fact can not be overlooked. It is a powerful thing to be able to immerse myself in a small community and then bring those experiences to life for others to read about. My knowledge of a region far surpasses the impressions of a tourist or even a professional travel writer as they sweep through a country on a tight schedule.

I offer a unique perspective as an “untourist”. That may have an appeal to a niche market, but when my niche market becomes the whole virtual world through a site like Amazon, for instance, the niche can be a large an unending source of readers. I have yet to determine, however, if my appeal is only to a select group of readers. If my accidental field testing of the story is any indication, there does not seem to be only a single type of reader who enjoys reading about another person who quit their job and headed out into the wild, blue yonder. The sentiment that drives that kind of action may very well cross borders, genders, economic brackets, and age groups. Who hasn’t dreamed on occasion of just chucking it all!

In addition to my intimate experiences with cultures and communities abroad, I have the luxury of not actually needing to write in order to put food on my table. I not only have an income, separate from my writing, but I also have the means to travel that does not require that I make a lot of money, my house sitting. I can indulge myself for the sheer love of it. Mixing two passions, traveling and writing, may influence the tone of my writing as well. However, I have to admit, earning money in this fashion hardly seems like work in many ways. I think I may soon be able to join the ranks of the young, savvy digital nomads who work without being location dependent. Not bad for a retired principal who is also a grandma.

Being older is great, by the way, on many levels. I think my experiences in life do add some weight to my writing as well. Who really cares? I am having fun!

I remember when I was in my twenties, I found out that one of my favorite childhood authors, Laura Ingalls Wilder, wrote all of her books, the entire Little House on the Prairie series, after the age of sixty. Who would have ever thought that this little woman who had taught school in a one-room schoolhouse would go on to publish a series that has become an American classic. A surprising but true story! I would never compare myself to Laura Ingalls Wilder, but I am perhaps, at the very least, just as surprised and gratified as she might have been!

If you would like to find out more about how Teresa travels the world as an international house sitter and how you can, too, visit her web site, http://www.findingthegypsyinme.com.

Have you found a unique way to support your travel habit? Share your experience!

Teresa Roberts likes living on the edge of who she is while anticipating who she is becoming. She has reinvented herself more than once in life.  From teacher/principal to world traveler and international house sitter to certified hypnotist, she simply loves being on a learning curve.

Her first published book, Finding the Gypsy in Me, was written to appease the multitude of people who wanted to hear more about her adventures abroad. She hopes it is at once inspiring and practical. Teresa constantly seeks creative routes to freedom. She could be the poster girl for finding adventure at any age and on any income.

Visit http://www.findingthegypsyinme.com to find out more about how Teresa travels the world as an international house sitter and how you can, too!