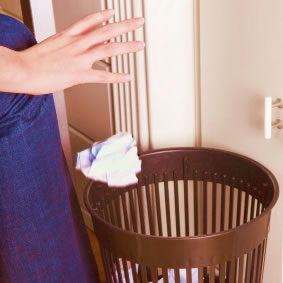 Rejection is a natural part of being a writer.

Even those writers and authors who have gone on to achieve international success were, at one point or another, rejected.

One of the differences between those who go on to be successful and those who don’t is the willingness to learn from the experience and try again.

It’s with this in mind that I aim high when I pitch and walk away with something, even if it’s an important lesson in rejection.

I pitched a piece to a major in-flight magazine using the standard query format, and the editor emailed me back looking for a little more information. Over the next couple of days, we exchanged emails half a dozen times—him looking for just a bit more … that special something that would knock the piece from the “maybe” pile into a contract while I did my best to flesh out my idea and answer all of his questions, being as truthful and honest about what the piece could and could not deliver.

Think of every rejection as an opportunity to build rapport with the Editor.

In our final exchange, when I knew I had exhausted anything and everything I could offer, I told him that I would welcome the opportunity to write for him but that if the story really wasn’t what he was looking for, then I completely understood why he had to pass on it but that I appreciated his time and willingness to discuss the idea with him.

The editor passed on the story. He told me there just wasn’t enough to it but to keep the publication in mind for future pitches.

I am 100% totally okay with the outcome of this exchange. I didn’t get the gig, which, admittedly, is a bummer, but I learned so much in the process:

I re-purpose my pitch and find a new place to send it. I’m also in the process of brainstorming some other ideas the editor might be interested in.

But most importantly, I keep my chin up and keep on writing regardless of rejection. After all, someone has to become the next international bestseller.

Have any tips on handling rejection? Share your advice!

JoAnna Haugen is a creativity connoisseur, idea inventor and freelance writer with a professional background in copywriting. A former Peace Corps volunteer and avid world traveler, she is the community news editor for WorldView, the publication for the National Peace Corps Association, and managing editor for Journey Beyond Travel, an online guide about travel in Morocco. JoAnna’s writing has appeared in more than 40 print and online publications including Caribbean Travel & Life, American Way, WestJet’s up!, Vegas Magazine, Pathfinders Travel, TravelSmart, Diamond Resorts International Magazine and Las Vegas Review-Journal. She also writes the popular travel blog, Kaleidoscopic Wandering.

When she’s not on the road or writing about travel, JoAnna also works as a ghost writer, blogger, copywriter and editor for clients and projects spanning a variety of genres. Learn more about her professional work and follow her on Twitter for updates on her latest travels.