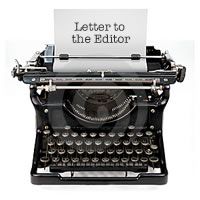 Editor’s Note: This is the first article in our new Category for Op-Ed pieces, created to give travel writers a place to voice an opinion and engage in conversation.

If you’re interested in submitting your own Op-Ed article, please visit this page. Be sure to read and follow our editorial guidelines for Op-Ed pieces.

Op-Ed blog posts are not edited for content and may not necessarily reflect the opinion of Travel Writers Exchange.

“Leave Cheap Trips to “Journalists”; Let Pragmatists Take Everything Else”

It is the most controversial issue in the travel writing world, one more talked about than ever before. Its mere mention turns cuddly banter among kittenish colleagues into a claw-flipping, low-hissing fur bath. Huffy rants hijack travel craft commentaries and unsuspecting blogs, detonating quarrels that find no resolve. Debates slide beneath polarity and degrade into vitriol when writers disagree on the ethics of comps.

Fueling the debate in recent weeks was an October FTC ruling, which altered regulations on the disclosure of compensation. The maneuver targeted a growing practice: companies who pay professionals to plug products through media such as Twitter and blogs. Yet, for traditional travel writers who maintain blogs, write for online outfits, and accept free or reduced cost travel, the FTC disclosure guidelines will also apply to them.

The spirit of the ruling is well-understood: consumers have a right know whether a review was paid for. Yet, some writers argue a sharp distinction between an established standard and an emerging predatory practice. Though somewhat controversial in the U.S., press trips and media rates are internationally-established conventions. The FTC implies that the new trend—employees or contractors posting under the personae of consumers—must be exposed as advertising.

This distinction begs a fundamental question: who employs a writer? If a freelance writer accepting comps employs herself, with whom (if anybody) does she ally? For a writer posting on behalf of a company, the duty of the employee is clear. Yet, in travel writing, where freelancers go where they choose and write about what they want, can it be assumed that an article is bought and paid for when a writer accepts a comp?

Some writers and publishers say yes, mostly those who broke into the business under the historical print model. Yet, in a world where budgets for staff writers and sponsored trips are shrinking and print publications are folding, we must ask how well this view will hold up. If, in order to be considered journalists, freelancers must fund their own trips it is hard to see how they can earn a living wage.

Where the old paradigm endures, we can predict the outcome. “Journalists” will take cheap trips and write about low-budget travel. Editors at the New York Times and Condé Nast will be inundated with manuscripts on Laos and Bulgaria. Meanwhile, consumers seeking reviews on desirable destinations will most certainly find them on blogs.

And so will come the test: will readers care? Will they reject reviews of subsidized trips once the issue is brought to the fore? My hunch is that they will accept with serenity that, at times, they will be advertised to, and will have the courage to ignore when they are. Maybe then the old publishers will admit to the savvy of readers and their wisdom to know the difference.

Kim Palacios is a Bay Area transplant whose epicurean tendencies are matched only by her wanderlust.  She is quadrilingual and holds an M.B.A. in Finance.  While not mourning the death of free markets, she enjoys television and film.

You can read more of Kim's writing at Examiner.com:

And on her Personal Site: