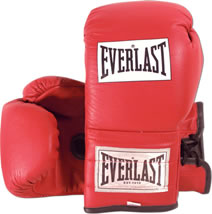 Last week I happened to mention on Twitter that I was not thrilled with TweetDeck, as it was unstable and crashed regularly on my Mac, and that I was testing an alternative Twitter Client called Nambu.

Nambu is a native Mac application, whereas TweetDeck runs on the Adobe AIR platform. I really love Nambu, but it has a very annoying bug that finally caused me to once again look to another product, so for the past week I’ve been playing with Seesmic Desktop, another Twitter Client based on the Adobe AIR application.

I received so many Tweets, Direct Messages, and email asking about my testing and my thoughts that I felt it was worth writing a short blog post about……at least I’ll try to keep it short…

I’ll start with the bottom line results, for those of you with limited time or interest….I ranked them in this order, favorite first:

If you’re interested in why I ranked them this way, read on……

Both TweetDeck and Seesmic Desktop have a lot in common, but Seesmic wins hands down, for the following reasons:

The only thing that kept Seesmic Desktop from getting a 5 rating is that it does not keep count of unread Tweets, as both TweetDeck and Nambu do But then again, do I really need to be reminded constantly how behind I am in reading the Tweets of those I follow? It was causing me angst, so perhaps not knowing is better.

Nambu would have been my favorite (far and away) except for one annoyance that finally got the better of me – I loved how it looks and works, and being a native Mac app instead of using the Adobe Air platform it was the most stable and least resource-intensive of the three. But it has this terrible habit of “jumping” up or down in the scrollable list of tweets, depending on which direction you’re going it (it jumps the opposite way). It would do this each time it ‘refreshed’ to pull in the most recent Tweets, thus if you were starting at the bottom of your list of unread Tweets and working your way current, it would keep jumping to the top of the list on each refresh, and vice versa if you were starting at the top and working your way down to older Tweets.

At first I was very confused — I kept wondering why I was reading the same Tweets over and over, and thought everyone else was simply having trouble with Twitter. Given that I could find very little support at Nambu’s site, and no way to contact them other than a very odd Digg-like “feature request” system (where you post your comments and then have to wait until enough people vote for it to get considered by the developers?), I decided to pitch it and give Seesmic a try.

Seesmic Desktop is working well enough that I’ll keep it, but I will definitely keep an eye on Nambu, and if the next upgrade has fixed the annoying jumping behaviour, I’ll give it another go. In the meantime I’m happy enough with Seesmic Desktop that I can comfortably recommend it to anyone looking for an easy to use Twitter desktop client.