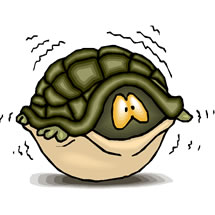 In Monday’s blog post we talked about how important it is for travel writers to know the laws and customs of a country before you head out to visit it.

Today we’re exploring the other side of that coin – Travel Paranoia and how some new laws in certain places are causing tourists and travel writers to cross those destinations off their itinerary.

Monday’s post referred to a new law in London that forbids anyone from taking a photograph that includes police officers, ostensibly because they don’t want ‘terrorists’ to know the whereabouts, numbers, or movements of their police force. On some level it makes sense. Here’s an excerpt from the article,

“…This scenario is not as far-fetched as it sounds. In the wake of the new counter-terrorism Act issued by the Home Office, travelers may find it hard to bring home pictures from the most famous London landmarks if they happen to catch police officers in their shots.”

Other cities, including many in the US are not any better – many famous landmarks no longer allow vehicular traffic to approach, meaning a long walk or crowded bus ride to get close enough to explore, both of which can be difficult for those tourists with physical impairments. Some places no longer allow large crowds to gather. And most airports no longer allow one to park at the curb to pick up an arriving traveler unless they are already standing at the curb — no more running inside to help my elderly mother with her baggage.

It’s just plain poor timing that governments are cracking down on potential threats by passing laws effecting travelers at the same time that the Travel Trade is struggling with decreasing tourism. What we’re seeing now is a conflict between those in the hospitality industry who are trying desperately to attract new visitors, and bureaucrats who are trying to protect their citizens. Paranoia about the risk of terrorism runs directly counter to welcoming tourists with open arms. And tourism is losing the battle.

Our advice?
Don’t let paranoia win.  By all means do go ahead and travel, but be sure you’re armed with plenty of patience and a good dose of humor – you’ll likely wind up needing both.

Case in point: I’ve just returned from a Press Trip to Cozumel a few weeks ago, where the H1N1 flu virus had the media in a tizzy.   We experienced the chaos first-hand and lived to tell the tale.  Primarily because the paranoia caused by the irrationally over-exuberant media reporting apparently caused everyone to overlook the fact that the H1N1 virus is, in actuality, milder and less virulent than the normal flu that passes around the US every year.  If I’d allowed fear to rule my life, I’d have missed a great trip and a great group of travel writers.

Try to not let inconvenience upset you (which is just plain good advice in any situation). As frustrating as it may be if you encounter some new law — even one that seems ridiculous — it helps to remember that it’s probably intended to protect everyone, even you, from those that could – and would – cause harm to others by posing as tourists. It’s a new age of travel that we live in, and we need to adjust to it. Or go the way of the dinosaur.

We can’t suggest that governments reverse travel-related anti-terrorism laws, or stop trying so hard to keep their people safe, but we can suggest that travelers NOT let paranoia stop them from visiting their destinations of interest.  Especially now when there are SO many great travel deals available. So go – enjoy! And take photographs! Even if you have to ask the police to move. Nicely.

Have you encountered a new law or situation that seemed overly paranoid to you? How did you handle it?