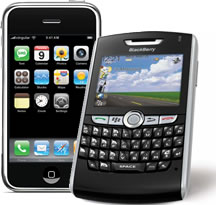 I love NPR (National Public Radio) and often listen to many of the programs they air while I’m working — among my favorites is the weekly “All Tech Considered“, which airs on Mondays in place of the usual daily “All Things Considered“…..and yes, it’s true that I am a geek, but the show always presents whatever facet of technology they’re discussing in a way that brings it to the masses and makes it interesting, easy to understand, and useful.

One episode in particular, that aired a couple of weeks ago, was all about The Tech Of Travel. I didn’t have time to listen at the time it aired, but had downloaded the podcast and was listening to it on my iPhone as I was actually traveling the following weekend – which had me grinning as I realized that this was just a little bit ironic. What had me really excited though was that, as tech-savvy as I like to think I am, I still picked up a few tips that I could immediately put to use, like the iPhone/smart phone application “Sit or Squat” which helps you find public restrooms. Pretty cool, given that they can often be hard to find when you’re in an unfamiliar city.

What is most striking to me is how technology has made some very useful tools much more accessible and transportable these days, and in particular how much easier it has become to handle certain tasks with just a smart phone. While it certainly may not make sense for some people to spend money on an iPhone or other smart phone (by smart phone we mean one capable of accessing the internet and with the ability to run other applications) — they don’t generally give those away with cellular service plans — since they typically run a few hundred bucks and the plans necessary to allow internet access/data downloads are typically more per month than just the standard “talk” minutes. However, if you’re a frequent road warrior then having one becomes a “must”. For the iPhone alone there are over 2,000 applications categorized under “Travel”……granted there are probably a lot of dogs in that group, but there are bound to be a lot of gems as well. I used about a dozen related to flight status tracking, airport maps, currency conversion, language translation, finding taxi cabs (and now public toilets), finding a nearby gas station to fill up a rental car before I return it, and more. In the “old days” if my flight got cancelled I’d have to stand in line with dozens or maybe hundreds of others to try to get re-booked on another flight or airline, or call the toll-free number and hold for who knows how long. Now with just a few clicks on my phone I can rebook a new flight, change my hotel and car reservation, and email anyone waiting for me in just a few minutes. And if my eyes get tired from writing or reading, I have my iPhone packed with several audio books, podcasts, and music that I can sit back and listen to.

When I finally get to where I’m going, I have my hotel and meeting itinerary fully mapped on my phone using Google Maps so that I can easily get around (and know if a cab driver is taking me on the more expensive “scenic” route), and can read reviews of nearby restaurants in order to choose one when I’m hungry.

Technology has made my phone so helpful when I travel these days that it’s tempting to leave my laptop at home altogether, except that for writing I still like the big screen and keyboard…..that it until the day that someone creates a virtual monitor and keyboard for my phone – I’ve no doubt that pretty soon I’ll be seeing an Apple ad on TV bragging that “there’s an app for that”…

Be sure to check out:
CNN Travel Companion: Smartphones to go: Apps you’ll want to pack
Apple.com – Apps for Traveling

Do you have any favorite travel technology tips to share?