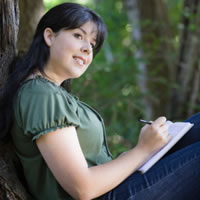 Right now, I am on flight from Johannesburg to New York, some 38,000 feet in the air.

After a bit of dozing off and accepting that I just won’t get a full night’s sleep (we left Jo-burg at 10pm and are flying into daybreak), I’ve decided to seize my writing moment.

Writing first thing in the morning, a full night of sleep or not, is always the best time for me. My mind is fresh and not cluttered with mundane things such as “To Do” lists and random worries (calls that have to be made, deadlines to be met, bills to be paid).

I never beat myself up for not jumping on an idea right away.

It is at this time that I can be most productive, sometimes writing page after page, nonstop. I also instantly come up with my best titles early in the day and am least likely to go off on tangents.

Over the years as a freelance writer, I’ve become increasingly miserly about my mornings, planning in advance how I will use them. If I have a major feature I am working on, that will always take priority. And if anything happens that forces me to lose that precious time, I feel “off” for the rest of the day, like someone who misses their daily workout.

There’s a right time for other aspects of my writing, as well. That includes allowing for the gestation period for all good ideas.

A couple of years ago, I had a great idea for a New York Times article and was really passionate about doing it. I was sure that it was perfect for the then-Connecticut section of the paper. Inexplicably I never could commit to writing up the proposal for it. I kept finding excuses. Never seem to have the time. For months, it was bothering me. My husband would ask when I was going to do it. I kept saying I would. But it just wasn’t happening.

After coming up with the idea, I’d all but shelved it.

Then an interesting thing happened. I was visiting Boston and met someone who knew a bit about the subject I wanted to write about. He happened to mention something that gave me the jump-start I needed to go ahead with the proposal. He didn’t know it, but he provided me with the impetus I needed.

On the drive from Boston to Connecticut, I wrote the New York Times proposal in my head and, once in my office, simply typed it up. After a careful proofread the next morning, I sent it to the editor and the day after, the phone rang and I had the assignment. The piece came out less than a month later and the timing could not have been better. An event going on had the subject on many people’s minds.

Having had experiences like this, I now trust myself more and never beat myself up for not jumping on an idea right away. I’ve learned to trust my instincts. Recognizing this “Write Time” is critical, I believe, to succeed in our world of travel writing.

Timing is critical – what tips do you use to get your timing right? 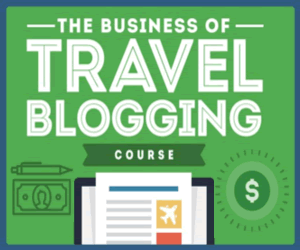 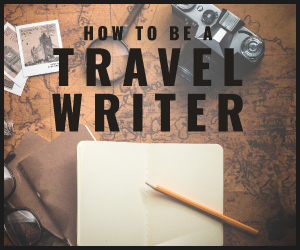